The Last Federation is a really unique game in that it is a strategy/tactics game set inside a simulation game.  Check out our first sneak preview about it, or our preview discussing simulations in the game.  Also our recent podcast with Space Game Junkie with lots of other details, the description of your role as an independent agent in the solar system,  details on the alien races, and information about the "butterfly effect" in the game.  Oh, and the forums for the game are filled with lots of other detailed tidbits, too.

Hey folks!  I figured I would share some art with you today, although first I'll share some various news updates about the game:
Okay, so here's some art!

First off, all of the alien political screen backgrounds are now fully complete -- colored and everything.  Way to go Cath! 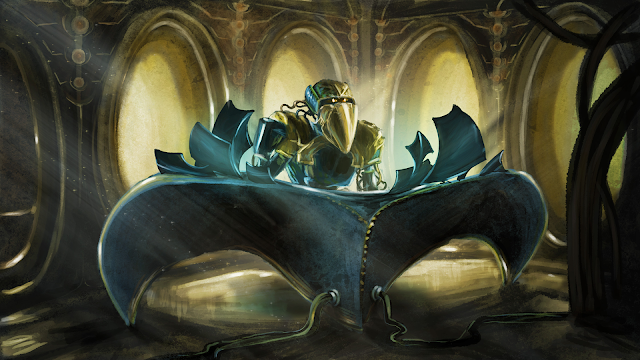 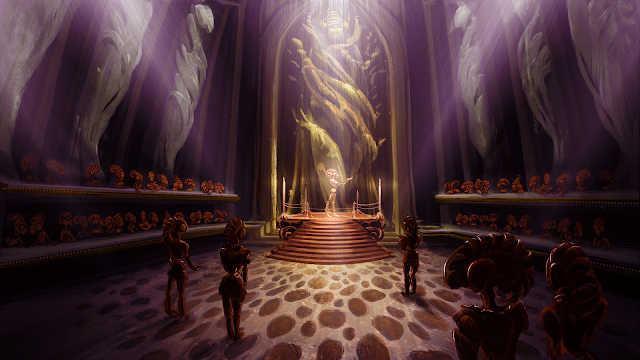 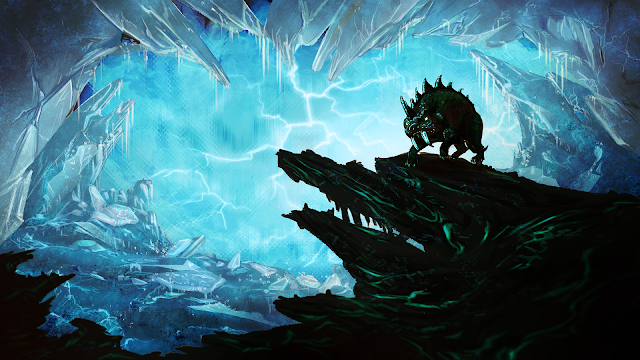 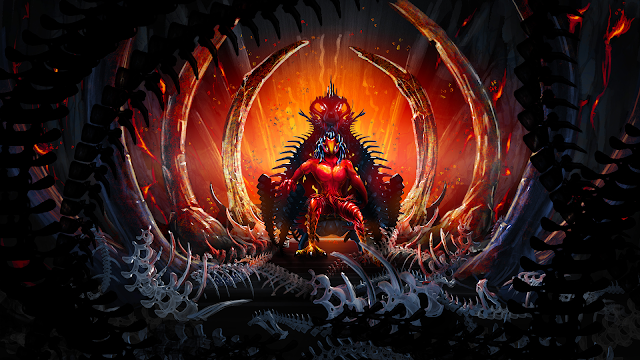 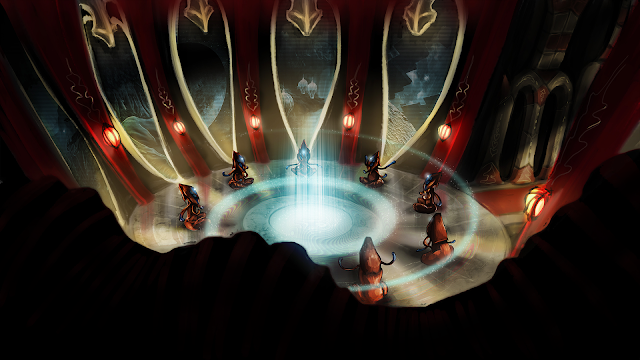 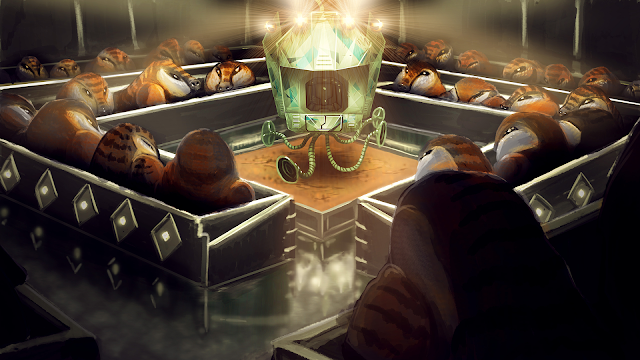 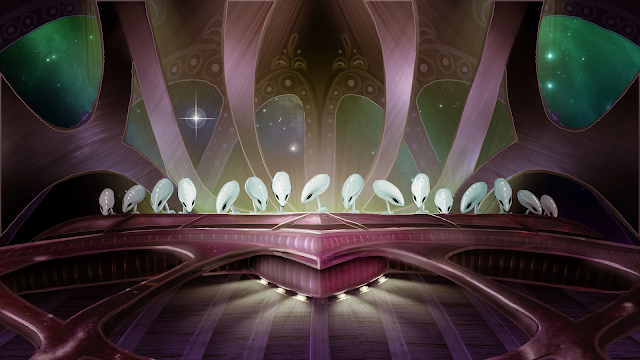 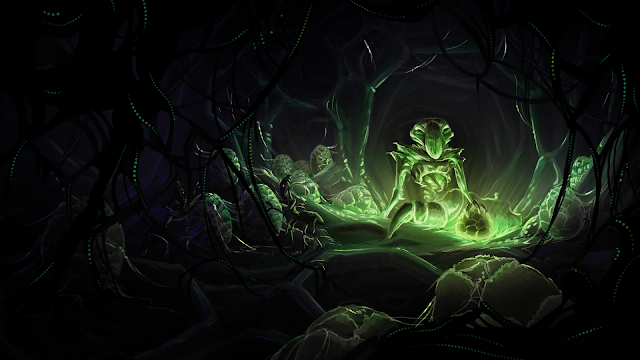 Next up are some random GUI elements in a working document.  This isn't complete, but it does give you an example of the overall style that a lot of the game's GUI will be, and how much more detailed is is compared to our other games.  Also it shows the awesome alien icons in their completed format in the upper left.  Blue did a really tremendous job with this! 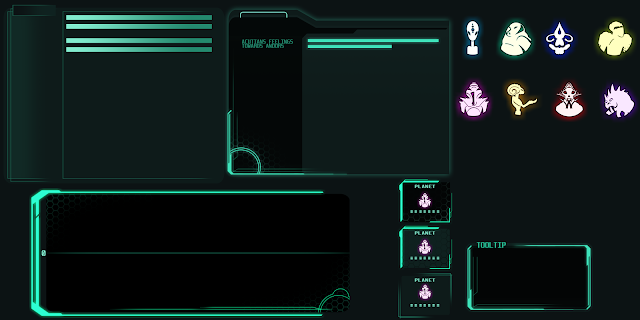 I wish I could show you some screenshots of combat, but that will need to wait until early January.  The actual artwork and design work on that is all complete, but we haven't had time to code it in yet, and the design palette windows don't have all the elements quite arranged as well as they will be in the actual game.  But suffice it to say, I really love how it looks.

All of the in-game ship hulls are now done as well.  There are 30 overall ship hulls, although each one of them gets used for a variety of procedurally-generated ship types that are unique to each particular playthrough.  Blue and Cath did all of these together.  Here are a few examples:

A frigate (shown actual-size, while the flagship above is actually scaled down some): 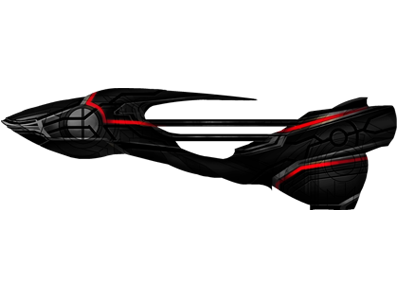 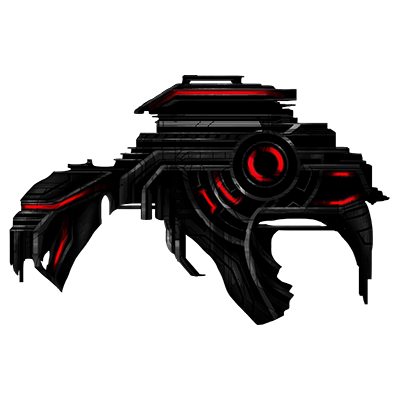 Bear in mind that all of these ships are shown with red running lights, whereas in the game itself that is not the case.  Normally the running lights have their color shifted based on what their race is, or if they belong to your mercenary fleet.  We're doing this with true hue shifting in this game, versus the diffuse coloring that we used in AI War.  It makes it so that we can do some really fancier effects, as you see above.  Basically the quality doesn't drop or get darker, the color just shifts on the spectrum.

For example, this is the actual color that your flagship (and your ships in general) use:

It's the same graphic that I posted above, just using the in-game HSV shift.  Note the lack of quality loss.

Hopefully this wont be steam-only DRM like Bionic Dues.

Likely this will be steam only, as we simply have no way to do updates on Linux outside of that. That said, we don't actually use any drm of steam's so you can take the files it downloads and move those where we you want. There is no hook into steam that is required, it's just a downloader tool.

You could always do Humble Store or widget for DRM-free. They deal with Windows, Mac, and Linux.

I think Desura does too. Maybe Shinyloot, idk.

I can't wait to play it! The blog's article appeal to me ;).