Exodus Of The Machine Teaser 1

Exodus Of The Machine is a new strategic journey game by Arcen Games, set in the universe of the cult classic AI War: Fleet Command.  Lead a team trapped on a hostile planet and desperately pursuing a threat which could destroy humanity outright.

Vicious predators, clashing armies, and political intrigue stand in your way.  None can stand before your modern weapons, but where do you use your limited ammunition?  Do you resort to diplomacy, or native weapons?  Will you fall to disease or run out of food stores?  Can you get to the end in time?

Exodus combines Arcen's love of all things strategic within a framework reminiscent of our old favorite Oregon Trail. 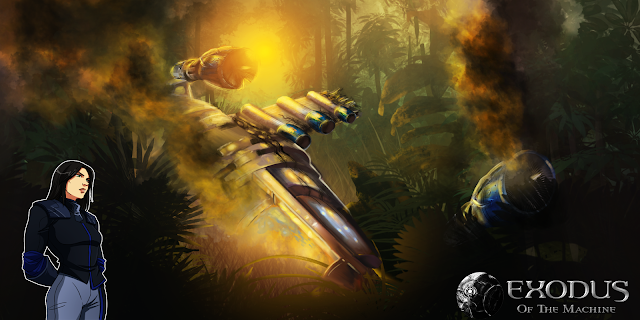 This is a title we've been quietly working on.  It's "coming soon," which is a vague way of saying that it will be in 2013 but that we don't want to commit to a date yet.  We wanted to share a bit with you about what we're working on, but right now the above is all we're comfortable revealing.  We'll have something a bit more meaty for you next time!
Posted by Christopher M. Park at 10:36 AM 18 comments:

If you missed the announcement on our main news blog, Shattered Haven 1.0 is now out!  You can pick it up on Steam, Gog.com, GamersGate, Green Man Gaming, or the Arcen site.

In this below video, I walk you through parts of two overworld areas, and completes three levels in the Snow Hill section. For those looking to get a better feel for how the game flows, including seeing both single-screen and multi-screen levels, look no further!

The start is a bit slow with some cutscenes, skip ahead to about 3:00 if you just want to get straight to the action.

In this next video below, I walk you through the process of creating a new level using the built-in level editor for the game.  This includes doing a bit of minor scripting, even -- definitely a hugely helpful video if you're looking to get into the nitty-gritty of the level editor with Shattered Haven.

This level editor is hugely powerful, and is the same one used to create the intricate levels and storyline of the game itself.  If you're into level creation or even adventure design, this editor is a dream come true!

While reviews are still coming in, we were late on getting things to the press because of wanting to get the game polished up before sending it to them.  Still, a few choice quotes:

We’ve been talking about Arcen Games for a while now and if there is one thing you can certainly appreciate about them is that every one of their games is a unique product. Shattered Haven which was released this week is a different title from their previous games and may be their strongest showing yet.
-- Josh Bycer, Game Wisdom

Overall, “Shattered Haven” is a solid action / puzzle game that will certainly get the adrenaline pumping. 8/10
-- Dad's Gaming Addiction

Just What Is This "Shattered Haven" Thing, Anyway?

Recently we put up a couple of gameplay videos, and hopefully that helps answer a lot of the questions right there.  But if you're not into videos, or still have questions, read on.

Story-Driven Structure
When you first start a new game, it takes you through a brief tutorial level that also contains a goodly bit of story.  On "new game plus," it skips these levels.  Once you're past the tutorial, you emerge into the first overworld area, the Phoenix Forest.

The Phoenix Forest is the first of nine main overworld areas.  Each one contains a number of required levels in it, as well as some bonus levels that are hidden and/or harder.  Not all of the overworld areas are accessible in a single playthrough, as the story branches.  And one overworld area isn't available at all until new game plus.

What Are These Levels?
The levels themselves are basically what you're seeing in the videos linked above.  A single level typically has you coming in with no weapons or tools, and then having to make do with whatever you can find in the level.  They're basically environmental puzzles, and many of them have multiple solutions.

There are also bonus objectives on each level that you can complete to get a better score and a gold marker outside the level.  These bonus objectives are a lot more challenging, and generally also require knowledge of the level to complete, so you won't do them on your first try.  New game plus remembers all your scores and level completion statuses, which is handy.

Each level usually has the goal of killing all the grays (zombies) inside it, although sometimes your goal is just to escape or to kill any one evil animal or similar.  The grays are only weak to iron, water, and fire, so things like regular bullets don't hurt them.  However, you can use a handgun (or if you later find it, a rifle) to stun them momentarily.  Those same guns can be used to kill hostile animals or other creatures.

Lots Of Variety
There are almost 100 levels in the game, and there's twelve main weapons as well as thirteen main tools, and a handful of other items.  There are also some levels where you use the environment itself to kill grays in novel ways, such as stunning them with your whip so they get caught in an avalanche, or pulling a lever that causes a trapdoor to open.

A lot of the tools and weapons can be used in multiple ways, or combined to create novel effects.  As one example the lantern can be used to light your way, or it can be used to set sticks and so forth on fire.  Grenades are useful for their initial blast, but also for creating holes behind them.  Shovels can dig through dirt walls, or fill in those same kinds of holes the grenades leave.  Hmm.  And so on.

The styles of levels vary pretty widely, too.  Some are incredibly head-scratchingly tricky.  Often those are bonus levels.  Some are a little more reflex-oriented, and aren't really much of a puzzle at all.  Others are mazes, others are logic puzzles.

The vast majority, however, are tactical engagements where you get dropped into hostile territory, grab for weapons and other deterrents, and then set about dismantling the enemy in the most efficient manner than occurs to you.  Rather like being a lone special forces dude dropped into a hot zone.  All of the levels are hand-crafted to make this as interesting and varied as possible.

Thick Atmosphere
During the alpha and beta we ran, one of the big things that kept coming up was how cool the atmosphere of the game is.  The graphics and lighting, and in particular the writing and music and sound work, combine to create a world that is decidedly creepy and mildly unsettling.  There are a few segments that will get your pulse going more, in particular related to story events that you probably won't see coming.

The story itself is a bit unusual, in that it's about adults looking out for their families, rather than adolescent adventurers out to save the world.  These people don't want to be out doing what they are doing, but they're forced into it by circumstances.  That's interesting to me, and it also affects the general tone and mood.

Full Level Editor
All the levels in the game were created by an in-game level editor that is included with the game.  It's right there on the main menu.  It's a little complex, particularly if you get into scripting events or cutscenes, but it's also possible to do some straightforward stuff pretty easily.  The key thing is that it's extremely powerful, so for people who really get into this they can create some entire stories and adventures of their own.

Shattered Haven goes to 1.0 on Monday, March 18th, 2013!  Get the game from the Arcen site, Steam, Gog.com, GamersGate, or Green Man Gaming!

An Environmental Puzzle Game About Family, Grit, and Survival

Grays roam the land, largely in the absence of human interference.  These aren't your typical Zed -- theirs is a very different sort of apocalypse. Animals spontaneously transform into twisted, violent beings.  The earth decays, collapsing into a network of abysses.  The wilderness thickens.

It has been nine years since That Day when it all started.  Pockets of humanity still exist, but are ignorant of one another.  Within these isolated havens people try to live as best they can -- for even in a world so broken and dark, daily life must go on.

Darrell and Mary Williams were able to build such a life inside a five-acre fenced yard out in the country.  They were even secure enough in their isolated compound that they had a daughter five years after the zombie-like grays appeared.

Life carried on as normally as it could, until another refugee on the run is killed during a nearby attack. Her son is saved and taken in by the Williamses -- who do not realize that this kind action will destroy their home and threaten their entire family.  They find themselves caught in the midst of a struggle between two eldritch horrors, and the path to survival is anything but clear.
Posted by Christopher M. Park at 9:55 AM 1 comment:

If you missed the announcement on our main news blog, Shattered Haven has now entered beta!  I didn't quite have any video footage ready for the launch, but now I've got two for you.


The voiceovers are done by Prince Taylor, who is the voice of Darrell in the 11 voiced scenes in the game (the bulk of those are part of the various endings you can get, but 4ish of them come during the game itself).

These two videos are pretty much the first public footage of the game, other than a shaky-cam sort of video from a trade show last fall.  It was hard to see much of anything on that older video, and it was a much older version of the game, too.  A lot of players have been trying to get a sense for how this game really plays, and so both of these videos include a solid segment of continuous gameplay footage.

I can't quite say that these are the "first" screenshots of Shattered Haven, because there were some really ancient ones posted of the game way back in 2009, and more recently I posted about the evolution of the graphics of one particular level.

So there have been little peeks here and there, but by and large we've not shown the in-game graphics for the game because we wanted them to be final or near-final before getting too much scrutiny of them.  As you can see from the older screenshots linked to above, the game has evolved a LOT.

We're now imminently close to starting beta, and actually 1.0 is darn close, too.  Beta will likely start tomorrow, and 1.0 is expected to be on the 18th.  We're finally very, very close to being done with this game, which started development in January 2008 (there were some large gaps in those five years where we didn't work on it at all, obviously).

Anyway, with all that in mind, here are twelve screenshots of some of the various levels in the game.  There's not anything particularly spoiler-y in these, by design, so you can look at them freely.  There are a very few non-finalized bits of art here and there in some of the screenshots, but I doubt you'd be able to pick out the differences between this and final if I showed you these and final screenshots side by side.  So this is pretty much what 1.0 is going to look like! 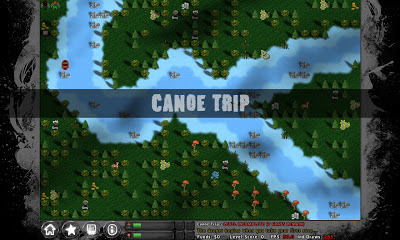 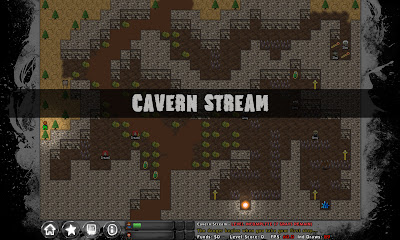 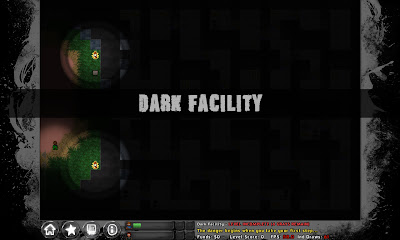 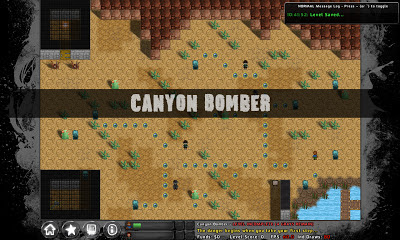 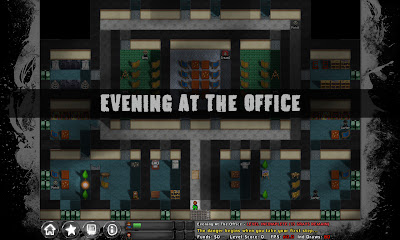 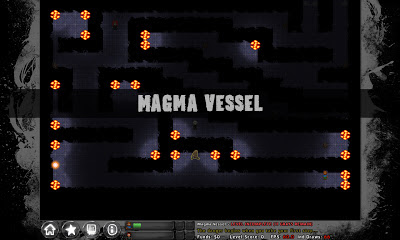 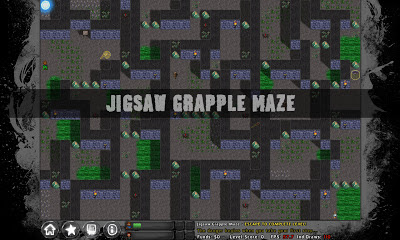 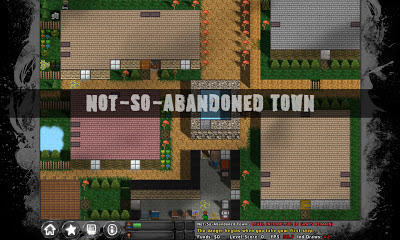 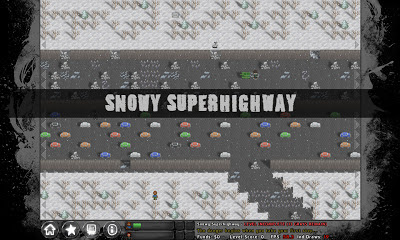 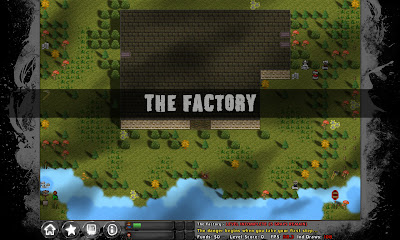 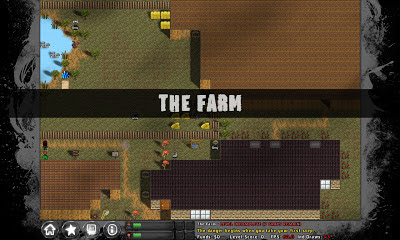 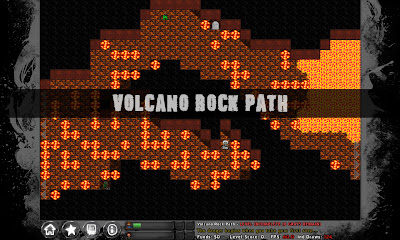