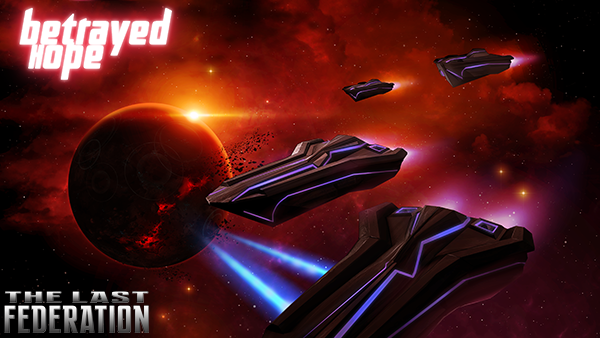 The next chapter in The Last Federation's saga.  If you're familiar with the expansion model for AI War: Fleet Command, you know the general idea here, although we also have some cool new tricks up our sleeve this time around.

Free updates to the base game have been thick on the ground since TLF's release a month ago, and we're going to continue with updates to the base game for a long time to come (not always at the breakneck pace we've had so far, but that's been true of AI War over the last 5 years, too).  As with AI War's expansion, TLF's expansions will always be completely optional and just for the fans who want more of what they already love in an expanded universe.  We never charge for bugfixes, balance updates, usability improvements, or so on -- that would be ludicrous.

Anyway, we're really excited about both where the base game is heading on its own, and about what this new expansion will bring to the table on top of that.  Stay tuned!
Posted by Christopher M. Park at 12:08 PM 2 comments: