Preview: Simulations In The Last Federation 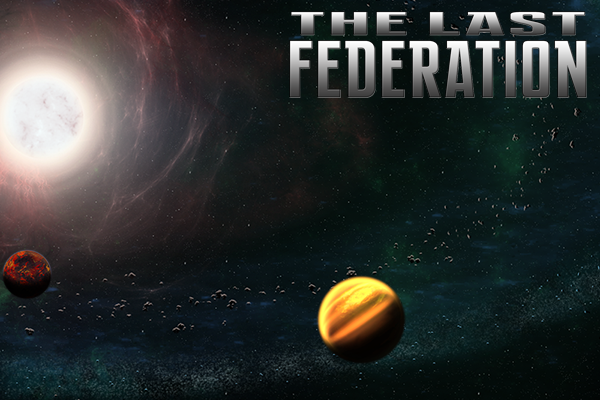 A few weeks ago, we did our first sneak preview of our upcoming game The Last Federation.

The game is a mix of strategy and tactics set in a simulated solar system with 8 planets, each with its own unique race.  The strategy section and the combat (tactics) are two different styles of play, but both are realtime pause-able (and fast-forward-able for the experts).

Your mission is the formation of the first-and-last Solar Federation, to unite whatever races manage to survive the events of the game.  You play as a mercenary fleet plunked down in the middle of a situation that starts out very simply (think the start of a game of Civilization), and which escalates as each of the planets becomes spacefaring and undertakes other activities.

The pacing of a lot of the strategy portion is actually very much up to you, incidentally.  You can smuggle spacefaring technology to races early in exchange for influence with them... but this will anger other spacefaring races if you get caught.  You can hang back and watch a conquest happen and then make friends with the victor (or even help them during their attacks), or you can try to maintain peace throughout the solar system.

Different strategies that you choose to employ are heavily influenced by the situation of the planets.  During some games, the situation on planets will be so poor for the various races that they are a lot more aggressive out of necessity.  Other times the most warlike races may be too distracted by internal war to bother with their neighbors.  Other times you may find that the solar system is pretty peaceable because everyone has resource-rich planets, and thus your biggest threats are from pirates and anti-federation insurgents.

The emergent AI in AI War: Fleet Command, which I've described in detail in the past, is something that works primarily because it is highly multi-agent.  In other words, there are loads and loads of ships in the game -- tens of thousands, usually -- and thus various flocking behaviors and other group activities are able to happen.  Over the years since I originally wrote the AI articles, we've layered on even more layers of AI in that game, including more traditional decision-tree types of AI, and the result is something even richer and more realistic as an opponent.  But none of that would really work without having so very many ships in the game.

The Last Federation takes a similar approach with its simulation.  The simulation of the eight planets, their populace, their buildings, their resources, and their environment is extremely complicated and multi-layered.  This leads to a lot of situations where races take actions purely from emergent circumstances such as who their allies are, what the resources are on their planet, how large their planet is, and so forth.  The starting state of the solar system is varied enough that you get a vastly different result every time.

The cool thing is that you don't have to understand what is going on under the hood as a player -- not remotely.  You are primarily worried about your own mercenary fleet and its influence on each race.  This involves managing the ships you have and winning battles, as well as taking contracts to improve your reputation with various races. 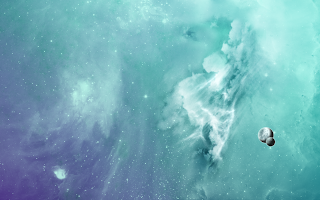 But the simulation isn't just a backdrop to your game: the sorts of contracts you get offered come out of the simulation, and your opportunities to (for instance) sway the course of a war you are not involved in are substantial enough to give you reason to care.  If the Thoraxians are reaping giant swathes of Peltians down, you could help the peltians in a variety of ways (if you even want to help them).  Smuggle them technology or resources, use your bargaining power to bring them new allies that were ignoring them, or take some potshots at the Thoraxian fleet if you dare.

Then of course you later have the challenge of either appeasing the incensed Thoraxians, or finding some other way to get them to join the Federation despite their personal animosity towards you.  While surviving whatever forms of vengeance they may be pursuing against you in the aftermath of their failed war.  But maybe it was worth it, if it finally convinced the Peltians to join the federation.

In another game, the Thoraxians may be your dearest friends and a wonderful killing force ally.  The Peltians may be using their substantial space armadas to make up for their lack of ground combat strength, bombing their enemies into the stone age.  What to do then?

The learning curve on TLF should be worlds easier than the one for AI War, but there's a lot of interesting depth here built on a complex underlying simulation that bubbles up to you in more concrete ways.  You don't necessarily care that the Burlusts have 10m engineers, you care that they are looking to expand their industrial base and that you can get them some key technology to help them do that.

Put another way: the details of the simulated numbers will likely be exposed in an "advanced" screen for each race and planet (we have that for debugging, and will probably make that public so long as it doesn't seem overwhelming), but the real information that you need is easily summarized and digested.

The bottom line is that in The Last Federation you are a part of a larger solar system, and there are many things that go on without your influence or interaction, as in real life.  It's proving really fun and interesting to layer a strategy game inside a simulation game, because it makes the whole thing feel more real without making you manage the true complexity of the simulation itself.

Here's the forum thread about this post.
Posted by Christopher M. Park at 11:56 AM