The entire collection of Nick Trujillo's comic is here for your enjoyment!  Skyward Collapse comes out later today on Steam, Green Man Gaming, GamersGate, and our own site. 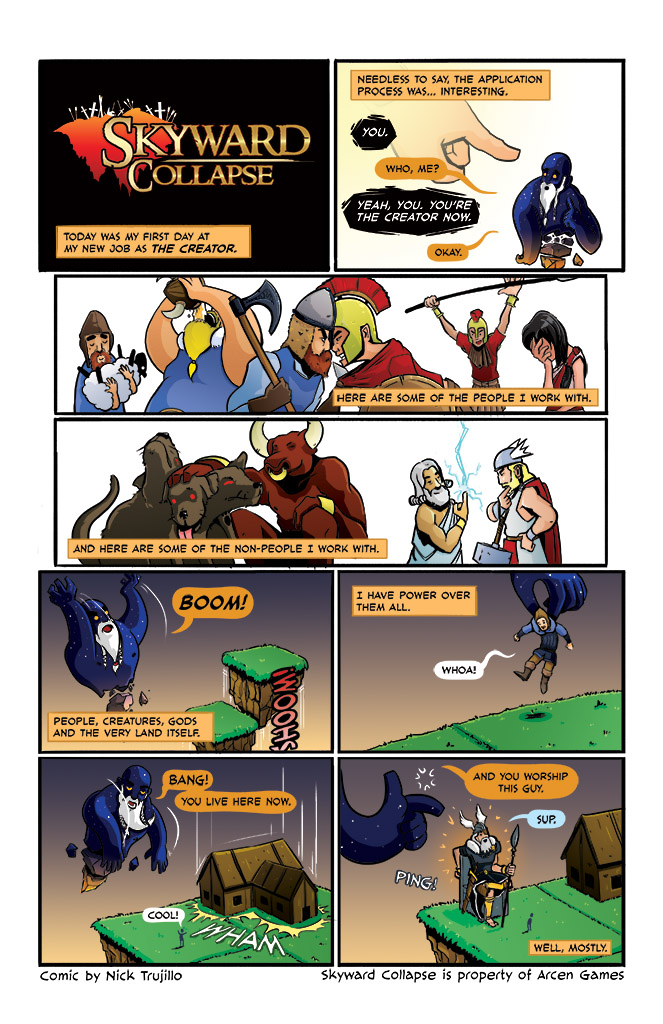 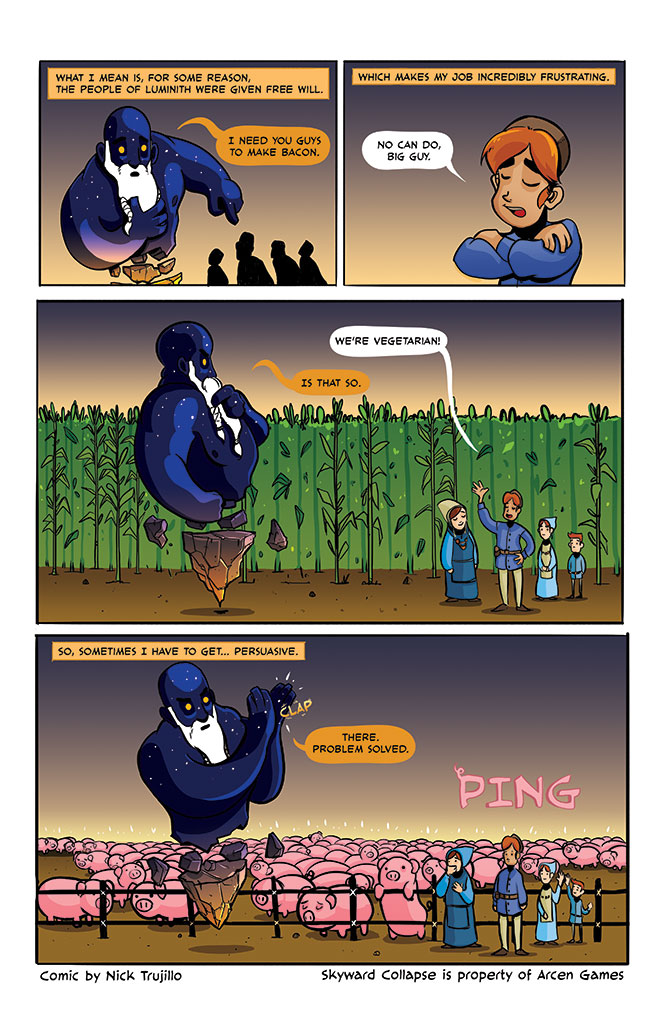 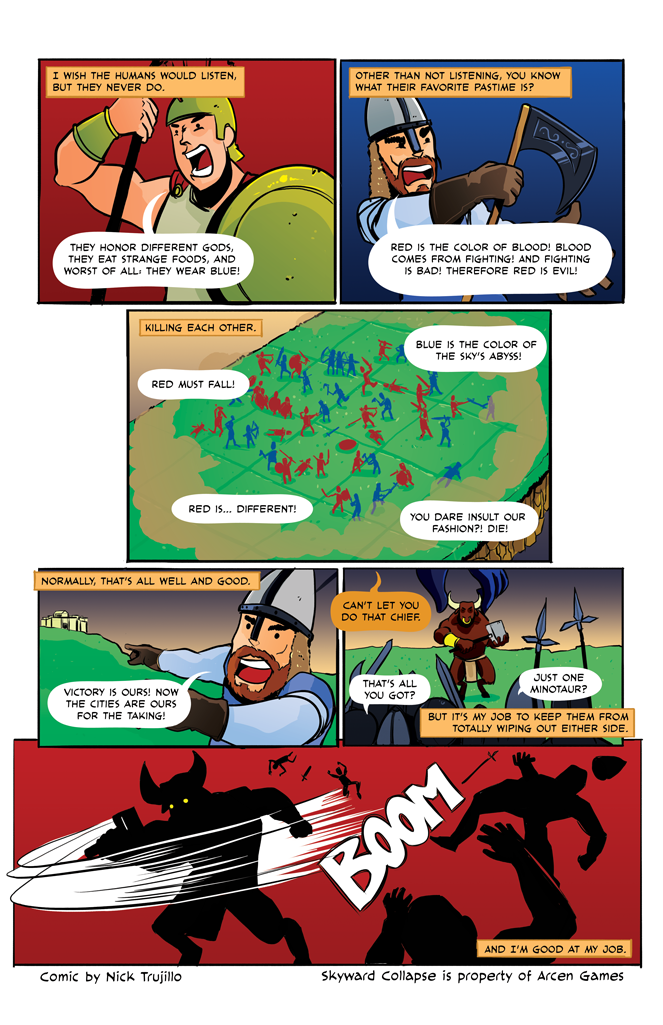 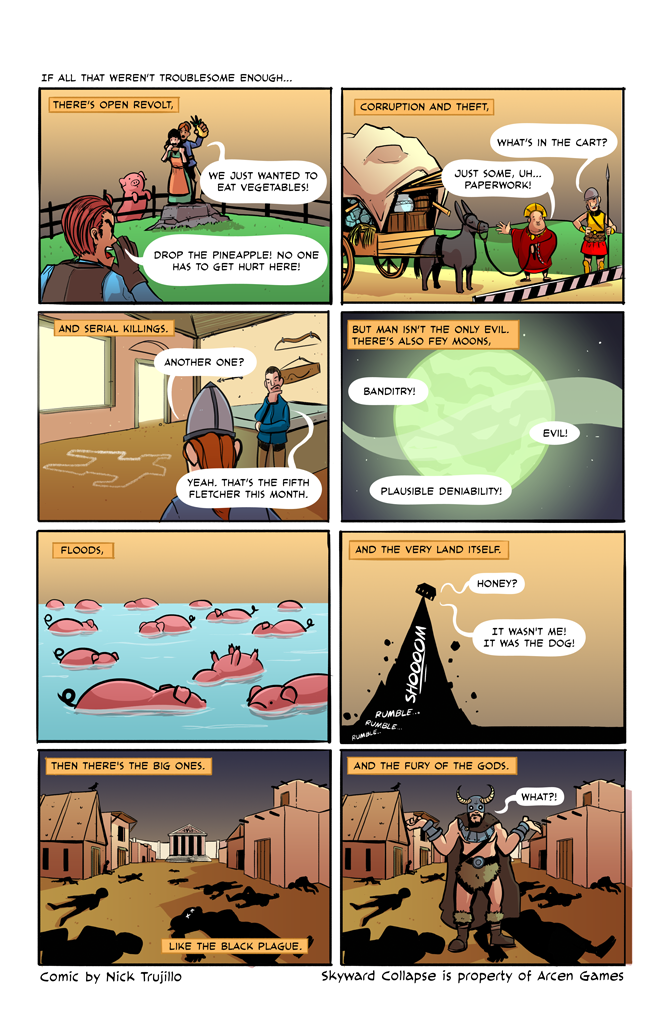 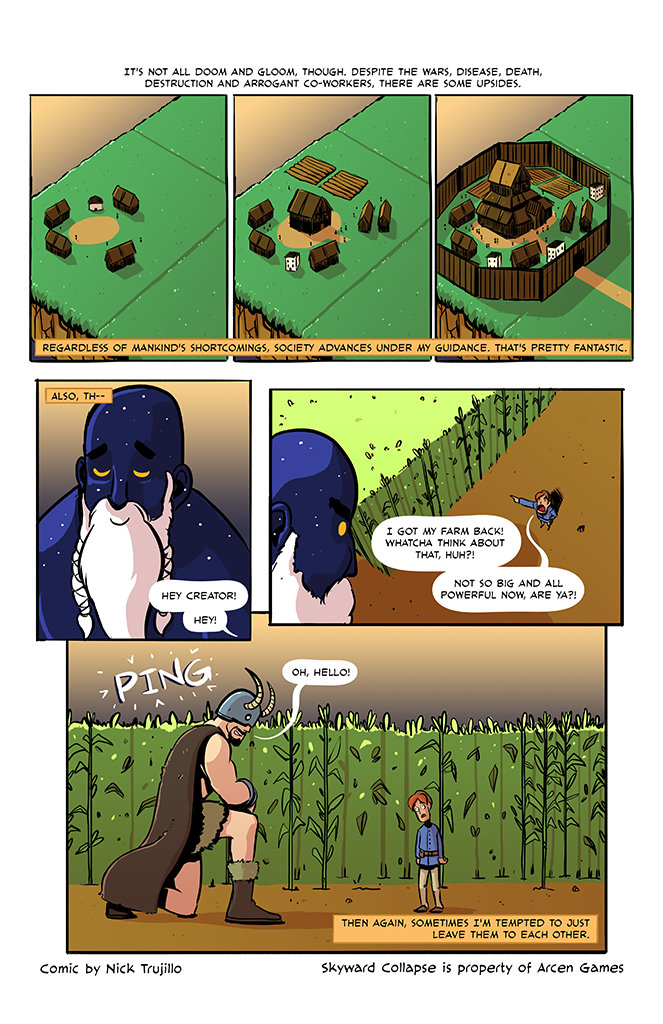 About The Collaboration
I became aware of Nick Trujillo through the Strip Search reality show that Penny Arcade has been running.  Nick was my personal favorite to win, so I was surprised to see him eliminated when he was.  Bad days happen to everyone, though.

I have a huge love of comics in general, and so had been looking at the art that all the SS cartoonists had been doing on their websites.  Hugely awesome stuff across the board.  But when Nick was eliminated, I knew immediately I wanted to reach out and do a sort of PA Presents style of comic to help explain our newest game in a humorous fashion.

It's always a challenge to get our message across clearly and concisely, but I also felt like Nick could create a work that would be funny and interesting on its own merits.  And boy did he!
Posted by Christopher M. Park at 8:26 AM

I love the frame with the little house teetering on top of the mountain. Nice nod to George Carlin; wonder how many have seen that one?