The latest on the Valley 2 schedule 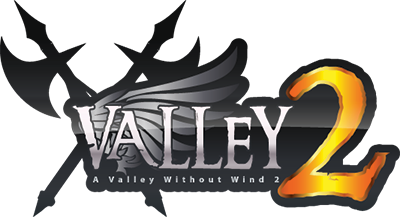 Without preamble: I had been hoping to have the Valley 2 beta out to folks by around next week, but for a variety of reasons that's no longer feasible.

The short of it is that we could definitely get you a playable beta then, but it wouldn't reflect the level of polish that would do well by us.  We're getting there, but one more week just isn't going to be enough.  We're now aiming for more like 3 weeks from now until beta, and 5-6 weeks from now until the 1.0 (knock on some serious wood for the latter).  In other words, we aren't planning a long-term and protracted beta with this one.  Folks have given us vast amounts of feedback for the last year+ on AVWW1, and Valley 2 is the mature successor that's resulting.

Another way to look at it is this: it's very hard to take out much from this game and still have it completely work.  That's a good sign.  The first game was so loosely tied together, such a big collection of semi-related things, that you could easily add and remove stuff without affecting the core experience all that much.  With the sequel, there's not really anything I can think of that's in the game and not directed towards the core experience.

Anyhow, don't take this as too much of a downer message.  I've actually been on a super high since late yesterday when I finally got the new lighting model (complete with colored and shaped light sources) working.  Man but this game is night and day different from the first one -- and we just mainly want to ensure that you see it on the best possible terms when you first do see it in action.

Posted by Christopher M. Park at 9:12 AM

Chris, I can't tell you how excited I am for this. Keep us posted on the official release date!

Looking forward to some platforming goodness! Keep up the great work.

Great to hear you guys are making progress. ^.^ gl

Good to hear you guys are making progress on this. ^.^ gl

Take your time! :)
Better to release something that you're comfortable with.
It's been a month, since the post, though. How are you guys holding up?

Skeptical about this, unless you can actually make the levels interesting to explore. Since they'll be made of pre-made pieces, I expect the Oblivion syndrome to kick in, where even though you have many dungeons (and Oblivion's were hand-assembled!), the component pieces come back so often that you lose the will to explore.

Component pieces are still better than the featureless mazes of AVWW1, though. Especially if you plug in a few lifts, moving platforms, turrets, a few traps, anything to break the monotony and give a platforming challenge.

Spelunky is really the model to follow for randomly generated levels where the component pieces are not jarringly obvious, btw.