For the last few days, I've been going through another artistic binge, and these are some of the results. I think I have a few more pieces in me for this round, too, so expect to see those in the coming days or weeks. Just so long as it doesn't interfere with my writing, I'm happy to indulge my artistic impulse when it deigns to come around! 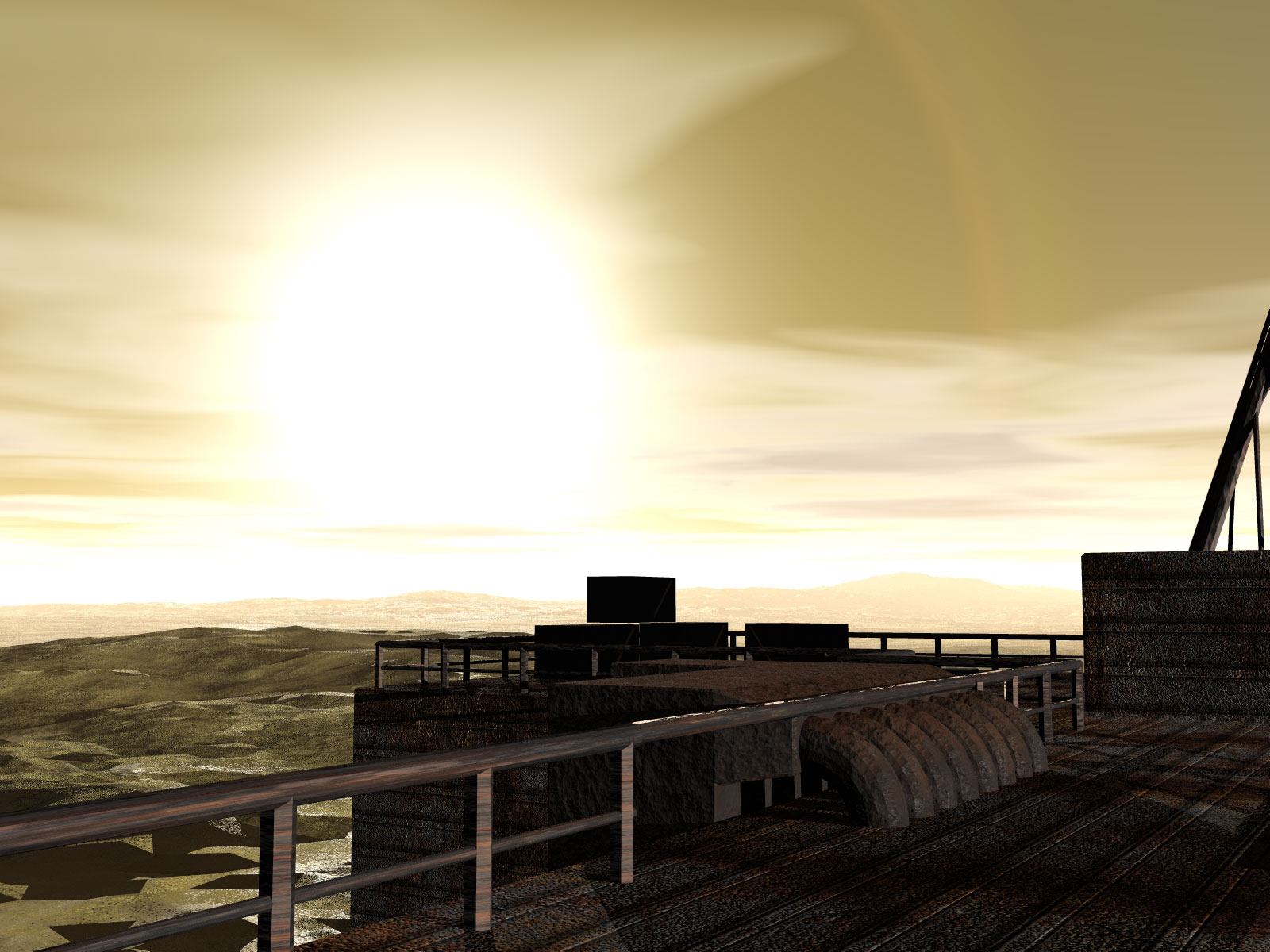 This rendering came about when I realized that I hadn't done a close-up of a building in quite some time. And I don't think I've ever done a rendering from the roof of a building before. I started with these goals in mind, not sure what the rest of the landscape would look like, and then finally decided on desert. This provided an excellent opportunity to employ a volumetric sky, which is particularly vivid. I'm also rather pleased with the contrast between the different levels of sand throughout the background, and the plywood boards scattered throughout the wet sand in the lower left. 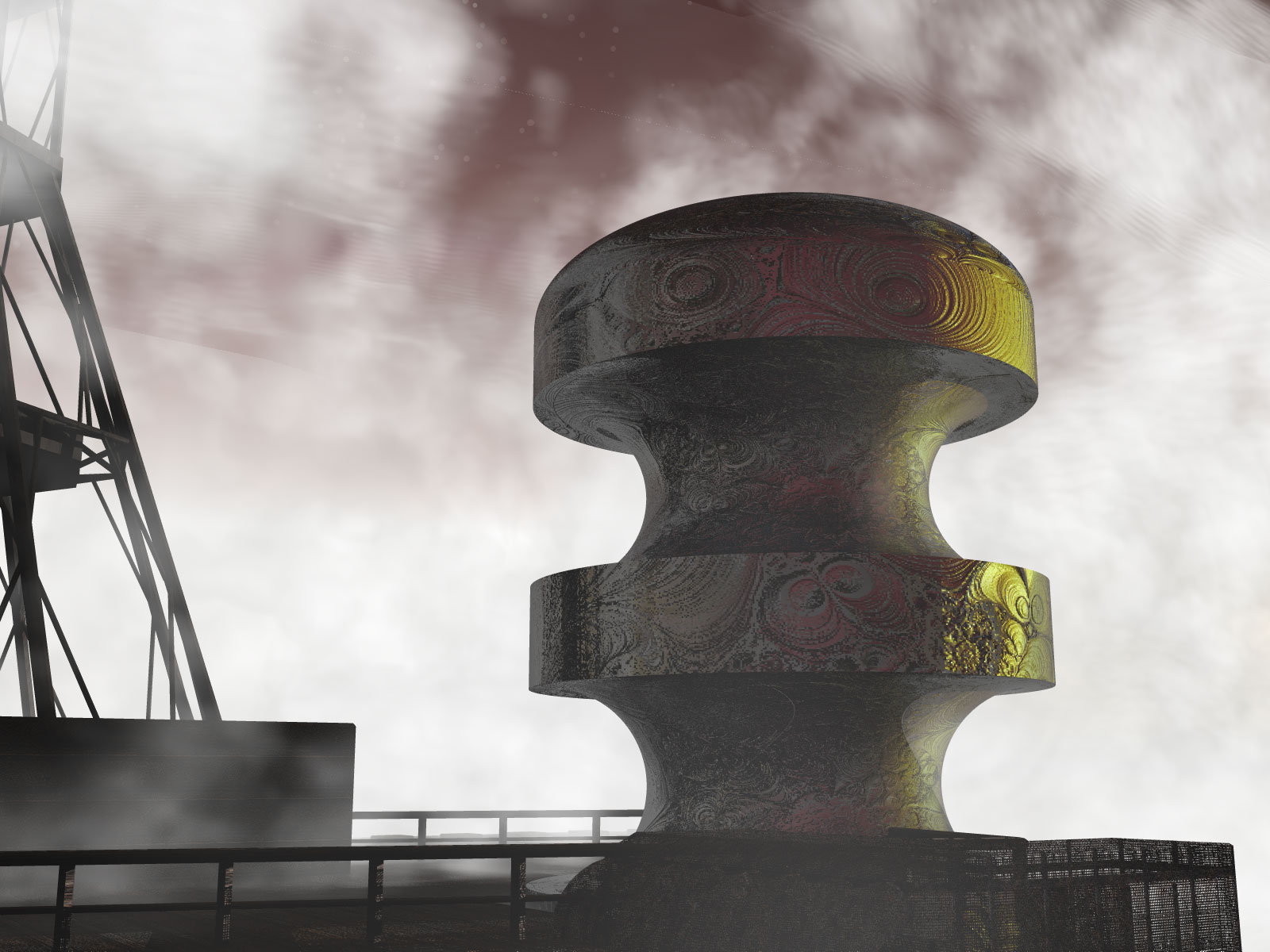 This rendering was actually a byproduct of working on my Desert Industry image. I was experimenting around with the top of the building, and wound up with this view of the striking tin knob that features in this image. Right away, I knew I had to make a rendering centered around that feature. This required a completely different sky from the other rendering, however, and I also needed to work in the fog effects (which I think came out particularly well on the lower-left). I also had to add the railing to this side of the building. The net effect is something that is more like a ship at sea than anything else, actually, which I really like. 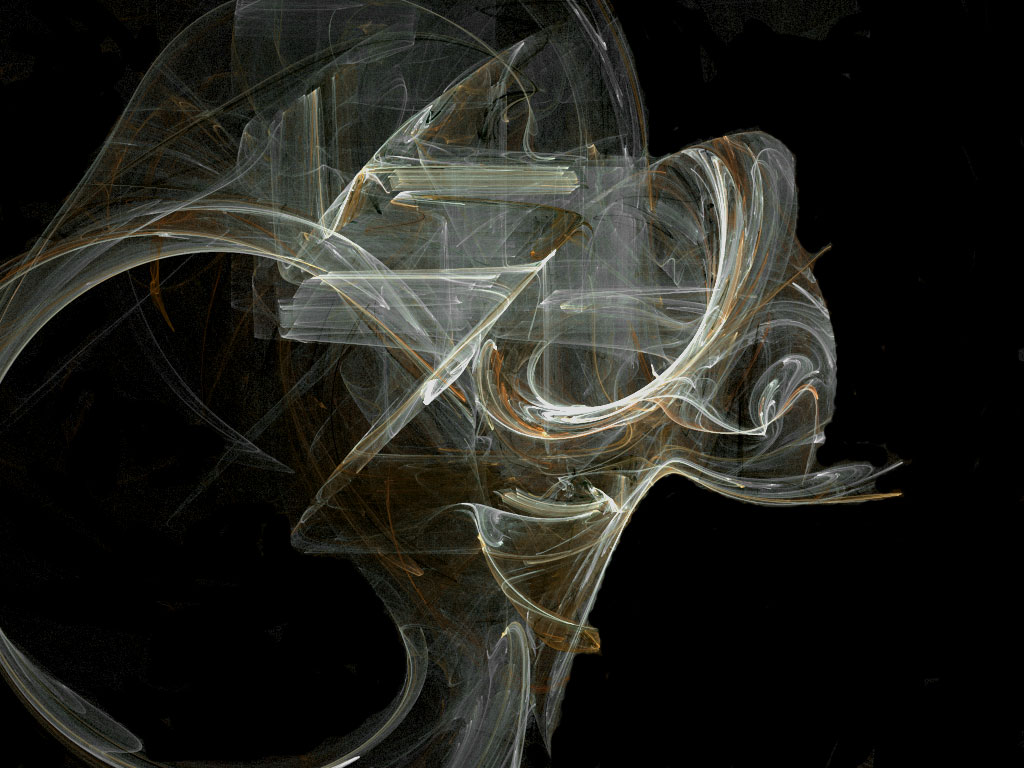 This is only my third rendering in Apophysis. It's not as vibrant as Flame Belt was, but I think there is some interesting form here. I had to do a LOT of post-processing work in Photoshop to cut out ancillary clutter (and to remove the entire cyan hue, incidentally), but I think the result was quite interesting.
Posted by Christopher M. Park at 8:39 AM