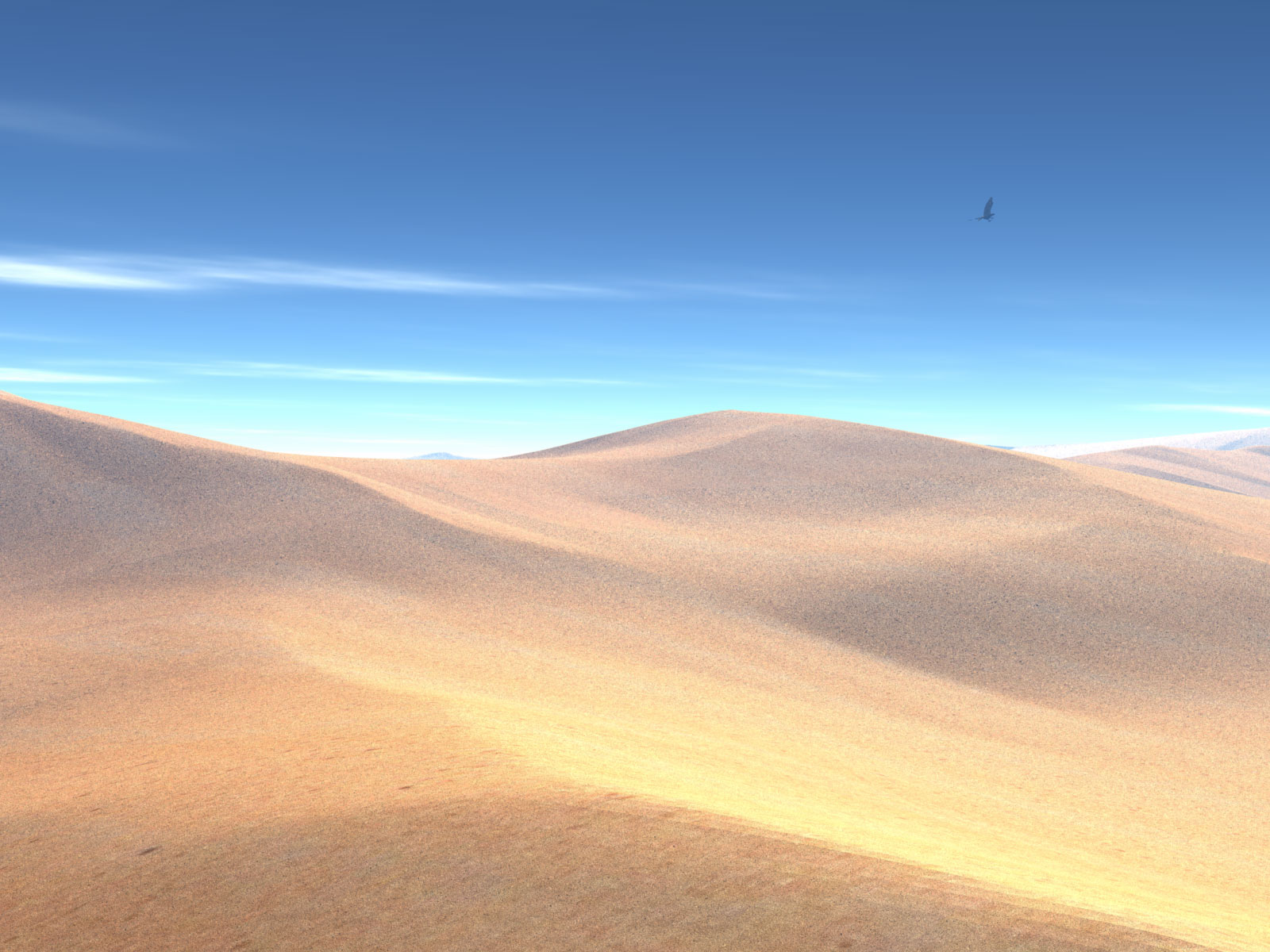 This is my first Carrara rendering to feature an actual image-based terrain texture, rather than the algorithm-based shaders that are so easy with that program. It turns out that using image-based textures are just as easy in Carrara (a lot more so to handle well than in Bryce). I was really pleased with the result on this one, which came from Mayang's Free Texture Library, a great resource for images to use as textures.

I learned a few other new techniques that went into the creation of this image, too -- more lighting tricks, as well as the way that distance haze is invoked. The end effect reminds me of the lands around Dalmasca in Final Fantasy XII (which was an unintended side-effect but seems pretty cool).
Posted by Christopher M. Park at 7:00 PM